We begin our build

Greg and I have been talking about what we want to build for months. Today we bought our first trailer.

I sent out a call to over 100 advocates to see who wanted to help us with our project. The response has been overwhelmingly positive.

As we were leaving Santa Rosa we passed a camper and the sight of it restarted an ongoing conversation we have been having.

As Greg puts it; “Tiny Homes have been around for a while. We used to call them ‘trailers’ but they developed a bad reputation. Now we just throw on some shingles and we have wrapped the whole concept in some swank new marketing. We have simply repackaged the idea.”

I couldn’t agree more. At their simplest, the modern Tiny House Movement is a repackaging of an old idea. But… then so is all home building.

Humans have been living in small dwellings since the beginning of our history. Shelter is a basic animal need and we have found ingenious solutions since time began. Building Sound Community is putting a new take on an old social norm.

Before passing by Petaluma, we stopped off to visit with our good friend, Kevin Clark of Rhino Redemption, Medusa Madness and a couple of incredible flying lions.

As per usual, Kevin was such the inspiration!

We have some pretty terrific (unreasonable?) goals for Tiny Home 1:

1) We want to have a ‘working’ version in one month.

Greg is giving a talk to the Oakland City Council and the Mayor on October 19. We want to bring Tiny Home 1 to the event. While it certainly won’t be ‘done’, we would like it to be a great demonstration of our direction.

2) We are using both metal and wood with the idea of creating a flexible house that can be updated.

Both Greg and I like working in metal. We plan to frame some of the house in metal and may use metal doors. We will use traditional wood for most of the framing but we feel we can be more creative with metal.

We are not sure if this will include compost toilet, solar and the other nice touches we plan to add. We hope it does. The trailer cost us $3,100 so we have under $5,000 for all materials. Eeeck!

4) All labor is donated.

For this first house, all of our labor (and the labor of anyone who helps us) will be donated. We both have too many friends who are on the verge of homelessness. We are not going to be making money off this house as it will be going to someone in Oakland who is homeless or close to it.

Greg and I are having daily build sessions in addition to regular discussions where we make design decisions and solidify goals. Hit me up if you want to be involved.

But for today… we have purchased the trailer and it is now in Oakland at the shop. Yeah!!! 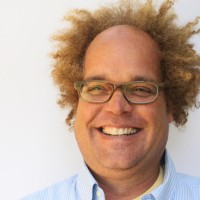 Permanent link to this article: http://buildsoundcommunity.org/wp/we-begin-our-build/